I’m an Associate Professor at the Department for Cross-Cultural and Regional Studies, University of Copenhagen, where I teach Middle East Studies as well as Global Urban Studies. My work focuses on the cultural, social and political life (and, occasionally, death) of cities – and the historical and ethnographic focus of my work is on modern Iran in particular.

Through my research in conjunction with the historical project ‘Urban Violence in the Middle East‘ (SOAS, London, 2011-2012), I studied the connection between collective violence and urban space in the oil city of Abadan. This focus then developed into a larger project on the urban history of Abadan – a project for which I have recently been awarded a grant. Together with my innovative, multi-media history project Abadan:Retold, this research has been covered by CNN, The Guardian, IranWire and other media outlets.

My first book was a political sociology of ethnicity and nationalism in post-revolutionary Iran. In this book, I focused on the large ethnic groups on Iran’s geographical periphery, and their relation to the state and public intellectuals. I have since followed up on these topics with case studies in various aspects of identity politics in modern Iran, including Islamism/nationalism and regionalism. For the Abadan project, I have investigated the role of migrant labor and ethnicity in the coercive structures and urban planning of the British-controlled oil industry. I have also written on the semantics of space and violence in historical research.

Apart from the Abadan Project, I am working more generally with urban sociology, spatial politics and radical theories of the city. I am the convener of Global Urban Studies – a new Master’s Elective at TORS, which among other things encompasses international summer schools on ‘Urban Culture in Theory and Action’ and ‘New Urban Life Across the Globe: Activism and Change in a World of Cities’.

On this website, you can read some of my writings and learn more about my research. I hope you will enjoy and stay in touch! 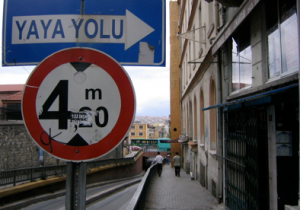